I had no recollection of there being a squirrel girl group on Sesame Street. Meet The Squirelles.

The Atlantic's The Latest Raw Milk Raid: An Attack on Food Freedom told a troubling tale and was thought provoking. Wasting resources to raid a co-op where people had already stated their willingness to take personal responsibility for their behavior is absurd, especially in contrast to the Cargill situation. (via Courtney)

This excerpt from Tomatoland: How Modern Industrial Agriculture Destroyed Our Most Alluring Fruit by Barry Estabrook gives a few more reasons to glory in fresh tomatoes only when they are in season! Gather some up while there is a bit of time left and perhaps do some canning too.

"People in different geographical locales can harbor different microbial ecosystems. Last year scientists reported evidence that the Japanese microbiome has acquired a gene for a seaweed-digesting enzyme from a marine bacterium. The gene, not found in the guts of North Americans, may aid in the digestion of sushi wrappers. The idea that people in different regions of the world have co-evolved with different microbial ecosystems may be a factor — along with diet, lifestyle and other environmental agents — in explaining why they are often subject to different cancers." This and other interesting things, though admittedly at times over my head, to consider can be read in Beyond the Genome, Cancer's Secrets Come Into Sharper Focus.

Greeley, Colorado is starting to cook meals from scratch in their schools. I hope their venture is a grand success that encourages others to join them in the effort.

*I have made homemade oreos before, but I'm intrigued by this version. 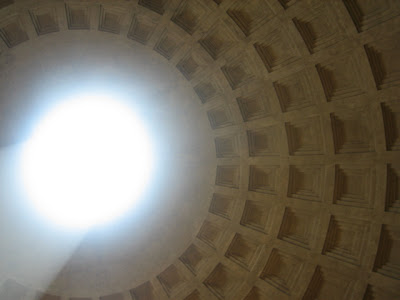 I'll be watching and listening to this Sunday at the Jazz Age Party.