Quick Beets with Chile and Lemon

In 2009, The Kitchn posted a recipe for Quick Beets with Chile and Lime that I've been making ever since when I want beets and don't feel like roasting, cooling and peeling them. It requires a mere three ingredients: raw beets, lemon and chili powder. The raw beets' sweetness is exaggerated by lemon juice, instead of roasting, and the chili powder adds an unexpected earthiness. It also has a killer crunch.

To make the dish, you simply slice up the beets as thinly as you can manage and combine the ingredients. The Kitchen has you toss the everything together prior to serving, but I go next level with laziness and simply squeeze the lemon juice over the beets, then sprinkle the chili powder on top.

Fuschia fingertips be darned this is worth a try if you like beets. You can even be fancy and call it carpaccio. 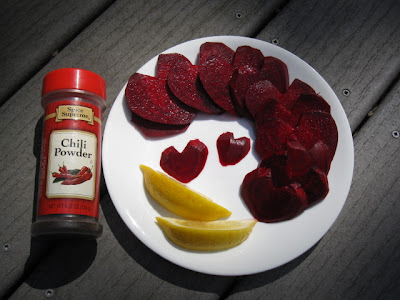 To make hearts just trim the beet's ends off and cut a v-shaped chunk out of the root end prior to slicing. 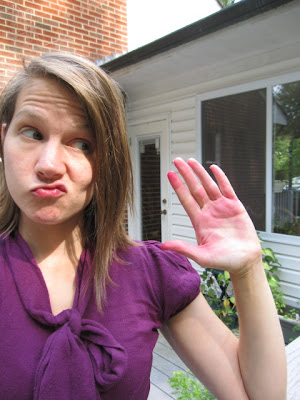