A few Sundays ago I headed to the one of my best friend's parent's house to make marshmallows with her younger sister, Sasha. We had a lot of fun tackling this simple project and then I had the pleasant surprise of joining their family for dinner. It was great to catch up and relax with people who have known me for half my life... The only thing that would have made it more fun would have been having Vika, Rafe and Fiona there too.

As long as you have a mixer, marshmallows are so easy to make that you have no excuse not to skip Peeps and make your own Easter treats. Plus making your own marshmallows means you can choose your own color(s). While homemade marshmallows aren't healthier, but they certainly are tastier and have a softer texture than store bought marshmallows. They will literally melt in your mouth. They also will coat many things with their sticky residue, but clean-up is easy. Carefully fill the mixing bowl, saucepan, etc. with very hot water and the sugar will dissolve away on its own.

Next time I make marshmallows I'm going to try coating the pan directly with the oil, spooning in the rice flour/confectioner's sugar mixture and carefully rotating the pan to coat it with the mixture to see if the liner can be avoided to make things a touch greener. I'll let you know what happens...

One last note - making the marshmallows takes less than an hour but keep in mind that they require at least 6 hours of setting time.

1. Pour 1/2 cup cold water into an electric mixer's bowl, sprinkle the three packets of gelatin over it. Soak for 10 minutes. Don't be alarmed when it looks dry as that is normal.
2. Combine the sugar, corn syrup, salt and remaining 1/2 cup of water in a small saucepan. Bring to a boil and boil hard for 1 minute. Taking care to not let syrup crystallize on the sides of the sauce pan.
3. Carefully pour the very hot syrup into the gelatin and turn the mixer up to high. Beat until the mixture has turned bright white and looks thick (approximately 15 minutes).
4. While the mixture is beating, line a 13 x 9 x 2 inch pan with plastic wrap or foil. Pour a bit of olive oil onto a paper towel and coat the liner's surface lightly with it. If desired, drizzle food coloring on the surface of the liner for a festive touch.
5. Return to the fluffed up marshmallow and add the vanilla. Continuing to beat the mixture until it is fully incorporated.
6. Scrape the mixture into the pan and spread evenly using a lightly oiled spatula.
7. Let the mixture sit at least 5 hours; I usually let it sit overnight.
8. Combine the rice flour and Confectioner's sugar. Generously dust the surface of the marshmallow block with the mixture, remove it from the pan flipping it upside down. Peel off the pan liner and coat surface with the flour/sugar mixture. Using a lightly oiled pizza wheel (a knife or scissors will work too!) cut the marshmallow into the desired size. Coat each block in the flour/sugar mixture to prevent sticking.
9. Store in a covered container at room temperature. 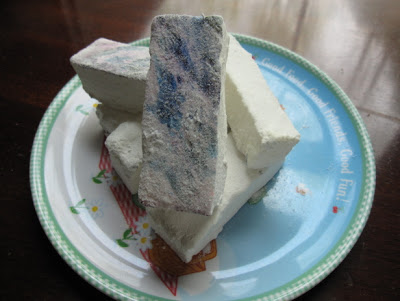 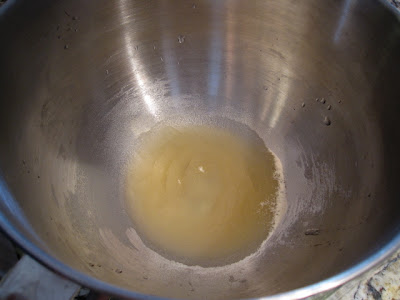 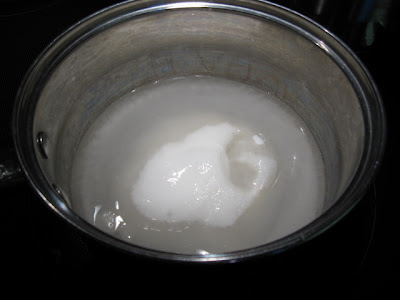 The sugar-syrup mixture getting ready to get hot. 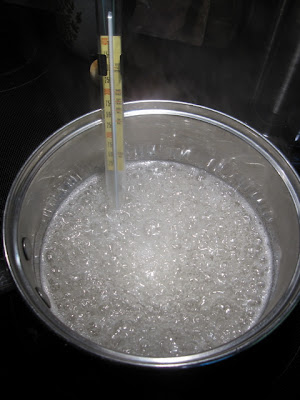 I decided the syrup mixture was ready at this time and checked the temperature out of curiosity. Molly's 240 degree temperature was dead on with the one minute boiling time. 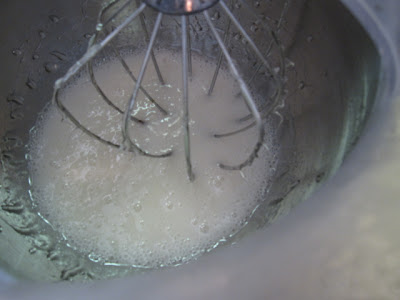 Prior to mixing the gelatin and syrup mixture. 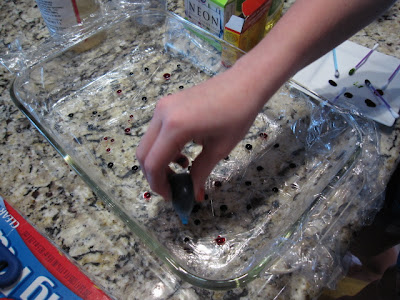 Neon food coloring dots are in place. Don't try painting them on an oiled surface with Q-tips. It won't work. 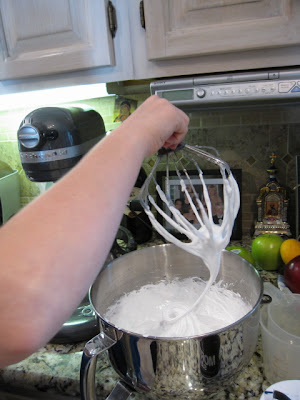 Ooey, gooey marshmallow that is ready for pan placement. 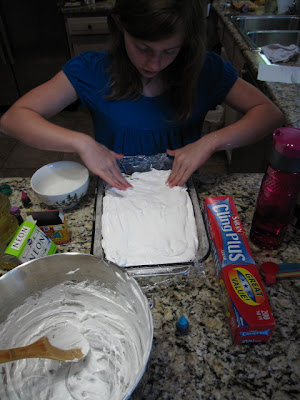 Sasha smoothing our product out. Hands work too. 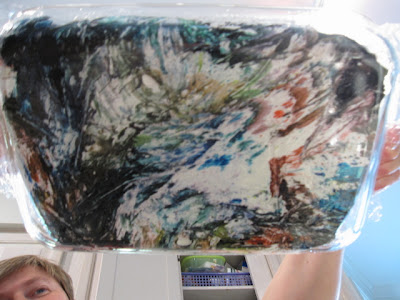 Pretty colors appear at the bottom of the pan while the top stays brilliantly white.

Other marshmallow recipes I have bookmarked:
Champagne Marshmallows
Chocolate Malt Marshmallows (I love malts.)
I also have added peppermint extract and red food coloring to marshmallows before to make them peppermint. They were a fun Christmas-time gift.