Tiramisu from Scratch, the most challenging Daring Baker's Challenge to date

The February 2010 Daring Bakers’ challenge was hosted by Aparna of My Diverse Kitchen and Deeba of Passionate About Baking. They chose Tiramisu as the challenge for the month. Their challenge recipe is based on recipes from The Washington Post, Cordon Bleu at Home and Baking Obsession and it was the most challenging yet. Everything we did was new to me! I successfully accomplished 3.5 out of 4 things, which isn't so bad. As usual a full recap and pictures are below.

After reading the trials and tribulations of other Daring Bakers with the Marscapone I thought I was in trouble late last Friday night but I skipped the double boiler and didn't have any issues beyond finishing it at 11:30 p.m. The next morning I made the Zabaglione in a makeshift double boiler substituting Bailey's, as I'm obsessed with it and already had it on hand, for the Marsala/Port Wine. To my surprise this was incredibly simple. I expected a disaster like the chocolate "soup" that developed when I attempted Malted Chocolate Pudding last year. Instead it gelled and was smooth, delicious and boozy; the pan was licked. The Pastry Cream was more work but also felt suspiciously easy and tasted delicious.

I placed both items in the fridge to chill and went out to enjoy the beautiful (almost 40 degrees Fahrenheit) Saturday feeling confident about making the Savoiardi Biscuits before dinner that night. I figured if I could handle Macarons I should be able to tackle the Biscuits no problem. I was so wrong. I suspect it was my decision to mix the yolks with the flour mixture, then fold into the egg whites instead of mixing yolks with whites, then the flour mixture as per the recipe but I won't know until I try again, which I will. The 12 not 36 biscuits weren't spongy and there weren't nearly enough to make Tiramisu.

Completely out of eggs and time, I headed to dinner and while drinking delicious cocktails like a Mango-Cinnamon Margarita, enjoying great company and eating good but uneven food at Poco decided make the rest of the "Tiramisu" with homemade "Oreo" wafers. A vicious hangover and laziness waylaid my progress until Sunday around 9 p.m. when I made the aforementioned cookies, stole some creme brulee coffee from my roommate (Sorry, Tracey!), brewed it extra strong in the microwave, mixed it with 4 shots of Starbucks espresso and the sugar, made whipped cream (Twice...because naturally I overbeat it the first time) and proceeded to follow the recipe to compile the "Tiramisu."

I use quotes because I've got to tell you I don't think my Tiramsiu was remotely authentic. It started so well and then sigh. However I liked my adapted version of boozy decadence with the dipped and layered "Oreo" cookies just fine. 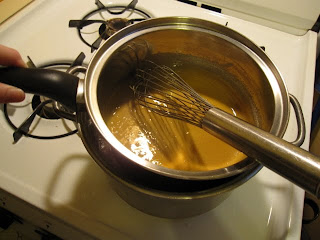 Makeshift Double Boiler for the Zabaglione 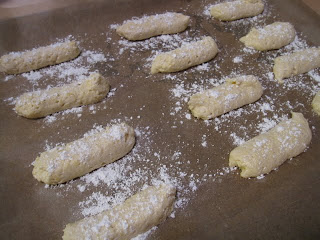 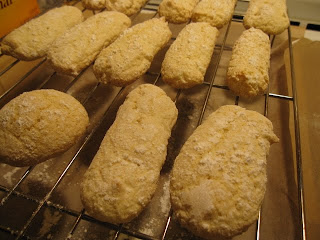 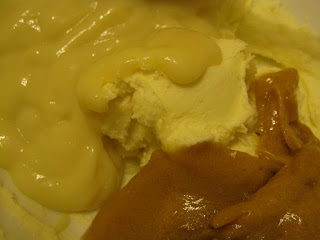 DELICIOUSNESS (Pastry Cream at the top, Marscapone in the middle and Zabaglione at the bottom) 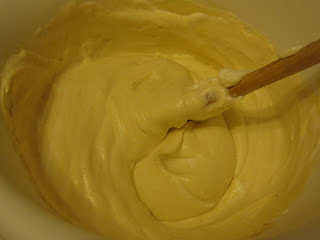 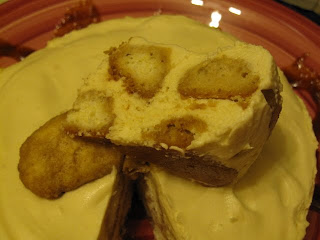 The Final Result
Posted by Sarah at 9:00 AM