Britney Spears Volunteers Airbrushed Photos. I still <3 Britney; this is a cool move.

Had Kevin.Murphy's Color.Bug Hair Shadow been available when I was in high school, I and my Mom would have been much happier. It gives the satisfaction of a crazy color without the commitment of Manic Panic or markers.

Want to lose weight? Shut your mouth by Jacque Wilson at CNN provides a perspective contrary to the norm. "To reach an identity goal, you need indicators of your accomplishments. ... Gollwitzer's studies found that when you tell people what you intend to do, and that intention is acknowledged, the recognition qualifies as an indicator of accomplishment. 'The danger is that you feel that you have already reached the goal and because of that you don't have to act on it any more,' Gollwitzer says."

Andrew Schneider's Tests Show Most Store Honey Isn't Honey: Ultra-filtering Removes Pollen, Hides Honey Origins was interesting. NPR's reply reassures that "Supermarket honey doesn't have pollen, but you can still call it honey. Call it filtered honey." It is always good to get several perspectives on a story.

Finally! An explanation for why I forget things when I transition between rooms...

Recipes Bookmarked
Cider-Brined Turkey with Star Anise and Cinnamon via Tartlette
Mint-Flavored Sugar at Pretty, Tasty Things (I had this last Saturday at Sheila's shower and was blown away. True story.)
Portuguese Cheese Puffs (Pao de Queijo) at the New York Times 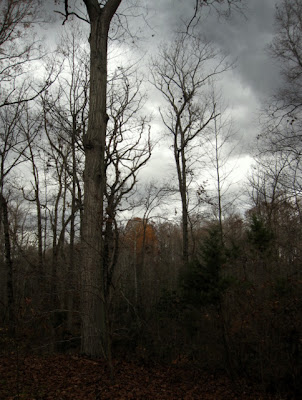 The Sound of Winter
Posted by Sarah at 12:30 PM