True Blood returns this Sunday! I don't know how I feel about the fairy aspect but whatevs I'm psyched. HBO has an 8 minute trailer up, in case you haven't seen it.

How cute is this baby hippo? (via Pinterest. By the way you can see everything I pin on Pinterest here.)

Erin's reflections on being an introvert, which I empathize with, linked this post by Carl King highlighting 10 points from The Introvert Advantage (How To Thrive in an Extrovert World), by Marti Laney, Psy.D. If you've ever wondered why I'm so ... maybe that will help you decipher me.

“A new dress doesn’t get you anywhere; it’s the life you’re living in the dress and the sort of life you had lived before, and what you will do in it later.” – Diana Vreeland (via Zuburbia Vintage Clothing)

This week PBS' POV started airing weekly documentaries. I caught Kings of Pastry Tuesday and highly recommend it. My breath caught several times at the beauty of the pastries and drama of the competition between 16 chefs to become Meilleurs Ouvriers de France. I was also impressed at the collegiality of the competitors and current MOFs. You can stream it online here until September 20, 2011. Later this summer I plan to catch Sweetgrass, Enemies of the People, Storycorps and Last Train Home. I just wish they didn't air at 11 p.m. in my area; local PBS is making me miss DVR. Who would have thought?

A Year of Meals Mapped 40 Ways is fascinating and allows you to consider the value of many different infographic styles side by side. While the stacked line graph and rainbow diagram's caused me to linger they weren't as easy to understand as some of the others. Fascinating. (via Food News Journal)

Recipes Bookmarked
Banana Rosemary Baby Bundt Cakes with Rosemary Brown Butter Icing at Always Order Dessert
Boston Cream Whoopie Pies at Baking Bites (I love this type of donut.)
Chap Chae (a.k.a. Jap Chae) and Pad See Ew at NPR's Kitchen Window
Mom's Gazpacho Recipe at Epicurious via Meg, who said it was DELICIOUS.
Rich Homemade Ricotta at Smitten Kitchen based on Salvatore Brooklyn's recipe, which is like no other...or at least it was until Deb made her own version.
Three-Ingredient Summer Cocktails at NY Times, especially the Guadalajara Sour, Cherry Caipirissima and/or the Take 3. They had readers send in their suggestions too via Twitter. 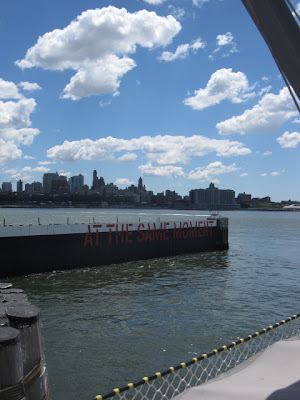