So I meant to post this ages ago and now it isn't timely but RIP Ray Bradbury. Here's a great Ray Bradbury quote and an amusing prediction related to his passing at the Onion (via Chad). Also, RIP, Nora Ephron (When Harry Met Sally is one of my favorites) and Andy Griffith.

"Johanna Quaas, 86, isn't taking old age lying down. Instead, she's taking it spinning, jumping and twirling -- on the parallel bars, no less." I recommend the parallel bars video over the floor routine if you watch one.

It is all about perspective.

"Yet I think there’s something going on here beyond microsavings and entrepreneurship. Esther Duflo, an economist at the Massachusetts Institute of Technology and co-author of an exceptionally good book called 'Poor Economics,' argues that outside interventions sometimes work partly when they give poor people hope." from Doughnuts Defeating Poverty

Can This Photograph of a Himalayan Glacier Persuade People That Climate Change Is Happening? I better get to Patagonia soon. 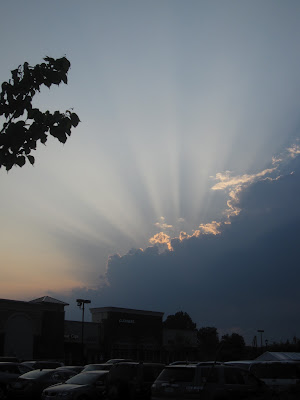 The Sky Just Before the Tornado! Mechanicsville, Virginia, June 2012