Oh dear. Doughnuts are tough. I grew up loving the sight and meaning of the HOT Krispy Kreme sign in Richmond...fresh glazed doughnuts. Now that I made my own I have a whole new appreciation for doughnuts I can purchase. Leslie compared my chocolate doughnuts to burnt marshmallows, which is a compliment, uh, if you like those. For me it just confirmed the fact that I had a bit of a doughnut disaster for the October 2010 Daring Bakers challenge, which was hosted by Lori of Butter Me Up.

Lori chose to challenge DBers to make doughnuts (obviously) and she made beautiful doughnuts. She used several sources for her recipes including Alton Brown, Nancy Silverton, Kate Neumann and Epicurious. I made the Old Fashioned Buttermilk Cake Doughnuts (page 4) substituting 1/2 cup of flour for cocoa.

They took much longer than the recipe advised - perhaps because I was a novice? Regardless somehow 37 minutes turned into 2 hours. So should you tackle this, leave plenty of time and keep in mind that the dough is VERY, VERY sticky... Only after I added enough flour to make it look like muddy elephant skin did the doughnut holes not stick to the cooking cutter and/or table.

My biggest challenge was regulating the frying oil's temperature. I used 1.5" of canola oil rather than 3," so perhaps that made it more complicated? Either way I have to admit it was fun to watch the dough dip down, bounce up and flip flop all over the place while the holes fried! Somehow in spite of temperature regulation issues the doughnuts weren't greasy though some had doughy centers.

I can see where these would be delicious and, if you can ignore the slight burnt flavor, mine were rather delicious but in the future I suspect I'll stick to eating other people's fried treats. Frying is messy and wasting all that oil just kills me. The pictured Pumpkin Butter though? I'll take that anytime...more on that later. 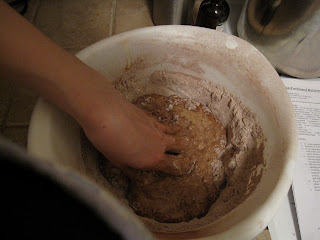 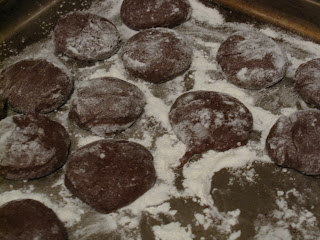 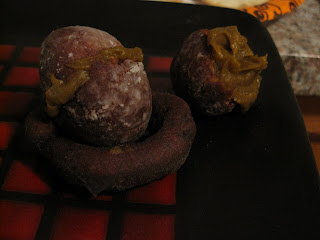 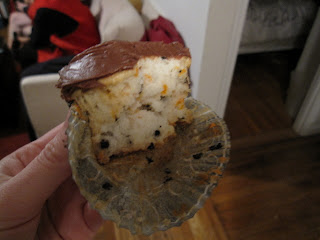 Nothing I make will ever compare to Funfetti? Why is it so, so good?!
Posted by Sarah at 12:30 PM