"In his first assignment, another writer I know had to produce a book on Japanese cuisine based on two interviews with a chef who spoke no English. 'That,' he said, 'was the moment that I realized cookbooks were not authoritative.' " from I Was a Cookbook Ghostwriter

Where the Wild Things Are as read by Christopher Walken

Saturday can't come soon enough for me! Go Rams, Go! "From the outset, many tabbed this Virginia Commonwealth-Wichita State contest as an underdog handoff, with last year’s least likely national semifinalist (VCU) matched against the team voted most likely to succeed it. Funny how that worked out." from VCU Defeats Wichita State to Continue Tournament Success

Seven Lessons for Becoming a Happier Runner that are worth considering...especially if you are like me and have a 10k looming that you didn't actually train for because you just don't like running.

I had no idea what differentiated Halal Meat from other meat and I'd rather not have known. See In France, Politicians Make Halal Meat A Campaign Issue if you'd like to know too. 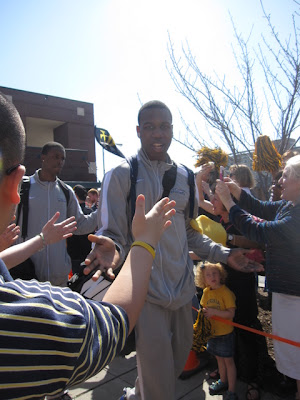 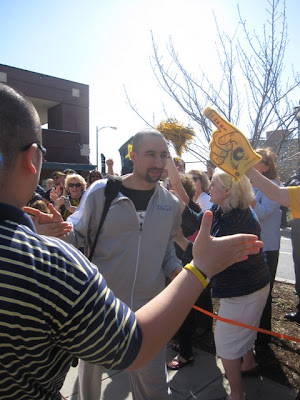 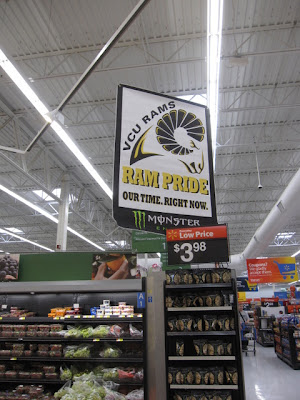 Sending off the VCU Rams to Portland, March 13, 2012, Richmond, VA
Monster Energy had this sign up at the Mechanicsville Wal-mart before yesterday's win.


Paddling Out
Also exciting this week was discovering that Miike Snow has a new album releasing at the end of March. I like the single so...